Not even an hour in NOLA and some guy that was clearly high on the street sees me walking and when I refused to shake his hand he said, “pray for healing. Whatever is in you needs to come out.” Without breaking my stride I glared at him and responded,

“Who says I need healing? You don’t know me.”

He also said he is Ray Charles.

Admittedly, I was enraged by this occurrence. My muscles got hot and I felt sweat on my back cling to my active shirt as I contemplated running after the guy in my Nikes. We were on a family vacation so I didn’t. If I’m being honest, my disability, the one this deranged vagrant so rudely pointed out prevented me from attacking him with the ferocity that burned in my veins. I suppose it was for the best, for society and myself, I’m not sure how well I’d fair in prison but I bet I’d be able to bring my dog, convicts do raise Service Dogs after all.

Having a disability is not my favorite thing. In the rare moments that I do acknowledge I have one, it makes me feel as lifeless as those lying in the tombs of the St. Louis Cemetery. As if I’m no more than bones and marble. I had to decide right then and there walking down Chartres that I wasn’t going to let this instance bother me for much longer. Soon enough, I let it go. There’s a vibe to New Orleans that’s dark. I wouldn’t call it spooky, it’s not the vibe that accompanies the walking ghost and vampire tours. There’s a darkness to NOLA that’s oppressive. It sort of feels like the quote; “I had grand plans. Now I can’t even get past the swirling darkness in my brain long enough to land on anything.” New Orleans has a depressive air, a swirling darkness. One that I think I don’t mind much because I have that too. At least, I had that. I’m a bit more bright and shiny these last few months but my past is full of dark and twisty. 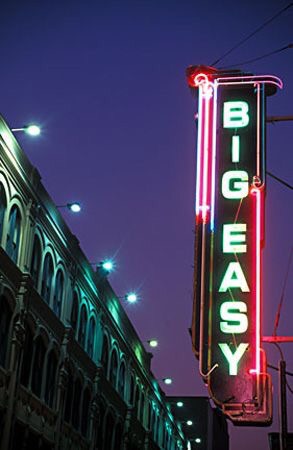 New Orleans seems to be both desperate for life and expertly experienced in the numbness of living. My version of ‘live a little’ is different than others. To me, a grand experience is taking home a permanent souvenir. I didn’t put much planning into getting a tattoo prior to the trip however, during one of my visits to the French Market I met an author couple who wrote a clever children’s book about a pirate. The physical limitations the protagonist has in the novel become his strengths. The spirited authors John Couret and Dianne De Las Casas I conversed with have taken their story to the next level and transformed their inspiring book into an anti-bullying campaign. They looked the part as well, decked out in pirate garb. The two of them will be promoting their book and anti-bullying campaign in Chicago at McCormick Place in June 2017. The man with the eyepatch had the first tattoos I’d seen in town that didn’t look as if they were abused by the sun or done by someone who was blindfolded. He gave me the name of his local artist and shortly after I found myself making my way to the shop on Frenchmen Street. The artist seemed welcoming when I contacted him via email, sadly I wasn’t going to be able to get the next desired piece on my list because my flight home conflicted with his availability. Still, the shop had good reviews and there was enough time to ink a small, simple something. It wasn’t until we were in the middle of a dangerous few blocks that I thought, maybe going to get this tattoo wasn’t the best idea. The only way out was through, so we kept going. It was still light out, midday, dead quiet. I wondered why there wasn’t anybody on the streets or in the stores as I clumsily made me way along the busted sidewalk. There wasn’t anything that looked dangerous because there wasn’t anything to look at. No one was around. The silence was deafening. I figured people must be smart enough to stay away from this area altogether. “This was a bad idea” I announced and then added, “we might get murdered.” After another couple of blocks a bicyclist commented on my seeing-eye dog.

“Sure let’s go with that” I snapped, immediately regretting my attitude because I had no idea where I was or just how crazy he might be. Remember what I said in my last post on NOLA about not engaging? Yeah, I need to take my own advice. It’s a common misconception, especially since I wear my favorite sunglasses whenever possible. Eventually, a slew of bars and clubs led us to the tattoo shop. It was hot outside so the A/C was reason enough to go inside. I said I was just looking and then sat down to skim through some artwork. We were definitely in a sketchy part of town but the tattoo shop itself didn’t feel too grimy. Just the standard lost souls looking for love vibe. I wanted a little something on each arm. One would be the start of my sleeve the other would be the state symbol of Louisiana. I became doubtful when I noticed fleur de lis on the binder full of its varying designs was spelled incorrectly. Proper spelling is tattoo 101. Also, when you’re a writer like me, things like that are impossible to ignore. Was it the best idea to get the House of Bourbon symbol tattooed on me in a place that wasn’t mindful enough to spell it right? Was it wise to get tattooed here when my questions were barely answered by those who didn’t seem to be playing with a full deck? The risk was there, that was clear but when I want something, I want it. If I wanted a New Orleans tattoo in New Orleans, I was going to get one. It wasn’t until I was clearly being up charged and taken advantage of as a tourist that I reasoned to get tattooed where I don’t get ripped off, back home. I’m sure things would’ve turned out okay but when a shop offers a price range instead of a minimum, they’re not playing fair. We left to walk to the steakhouse they’d given as an earlier recommendation.

New Orleans at night is a living, breathing beast of booze, jazz and body heat. Maintaining sobriety makes things particularly fun to watch. Hoards of people, legs walking every direction. The smell of something foul. Laughter, trumpet, cheering, saxophone, laughter. Arms raised, holding phones, recording video. Horns blaring. Sweaty crowds, dirty streets, fast feet. My dog and me. One hand on the leash , the other being held by the one guiding the path in front of me. Humidity, clammy fingers, sorry. Don’t trip. Don’t step in that puddle it might be puke or piss. The music enveloping the atmosphere was better than every concert I have every been to. The sound is vibrant. The music is happiness. My heart pounds and my soul smiles. We find a door and immediately head up some stairs past a bar where there’s more music playing. I feel tired and wildly awake. Something about the stair climb and the sounds around me make me feel like I’m in the movie Birdman. We enter an upper room and find seats at the wooden table. The room is boiling with conversation. Steam is visible through the opening that shows off the chefs in the kitchen. I feel like having wine as a reward for the many miles I walked that day but I don’t because I’m starving. I order pasta but want steak after sampling a juicy medium-rare piece off someone else’s plate. The people eating in the upper room above the music that pounds the floorboards beneath our feet seem happy and relaxed and most likely drunk. The art on the wall entertains me as I catch my breath and wait to be served. I wonder what the mysterious blue dog means. Not long after the food arrives I’m quickly satisfied. The pasta is rich with shrimp and crawfish. I feel good here with the food and the music. I feel like New Orleans understands, respects and embraces the fact that I am a night owl. In the upper room above the jazz blaring in the streets, I don’t feel dead, I don’t feel empty. I don’t feel like I’m no more than bones. I feel like this city knows I’m made of marble.