I don’t get sick often but when I do, it hits me like a MACK truck. My muscles get incredibly achy and I feel like roadkill. Although, I’m forced to take a brake from real life it’s not all bad, I always figure something out when I’m sick. I always learn something. My body needs to rest and heal so all I have going for me is my mind, which I don’t mean to depreciate because my mind is a great treasure that I hold dear. The altered perspective that comes to me when I’m ill is probably because of the alone time. When I’m sick all I want is physical comfort but nobody wants to be by a sick person so it’s just me, Teva and my thoughts.

This time around when I was hit with a bad cold that effected my sinuses, I had about two weeks off from life as I know it; no work, no school, no fitness. Somewhere in that time I found documentaries about Michael Jackson. There’s an entire channel that is exclusively documentaries and they had a Michael Jackson marathon that focused on his last days. First, I learned about the end of his life. Then I learned about how he lived.

Before Michael Jackson was the victim of Benzodiazepines and Propofol abuse, resulting in a heart attack that proved fatal on June 25th of 2009, he filled the hearts of everyone around him. Before he was accused and then eventually acquitted of all molestation charges, he was a hero to many. Before the build up of debt from his mansion and amusement park, he was the entertainer of not just his personal paradise, Neverland but also the world.

Michael Jackson grew up in the public eye. He never really knew life outside of performance. He was the standout among his brothers in the Jackson 5. The man was made to be different. Michael Jackson was not just talented, he was talent itself. Even if you didn’t appreciate the man, you have to appreciate his movement. He was greatness and what is greatest about this, is that what is greatest about him, was not all the greatness that he so effortlessly exuded. It wasn’t his voice, although angelic nor his wardrobe, although it was flawless or his dance moves, which remain unmatched even though he has been absent from this earth for nearly a decade. Jackson’s greatest attributes were in his character. He was humble. He was kind. He was love. He was one of the nicest, kindest, most compassionate humans on the planet. Imagine if everyone the world elevated were as amazing on the inside as they are perceived to be on the outside-what a world that would be. It would be the kind of world we constantly preach that we would like to live in. Since we as a society insist on discussing issues of the past at such a relentless, high volume, then let us include the genius of Michael Jackson among the incessant shouting and sharing because-oh my glob-the man may be gone but the legend remains. 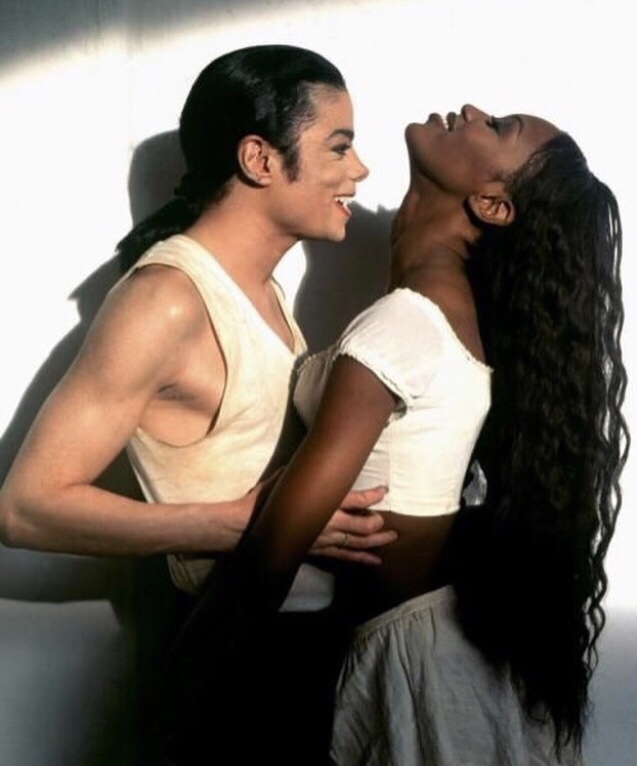 “Michael is very involved and on top of everything that he’s ever put his name on. He’s shy and sweet, considering all he’s accomplished, but he’s a prankster. When I was doing the video, we had water pistol fights.”-Naomi Campbell

Michael was wonderful and fame is a monster and he knew the scariest side of it. He didn’t go out very often because anything he did would result in a mob scene, and so by default, he lived many years as a recluse. At one point he stayed home for over a decade. If only we didn’t get star-struck so much so that we idolize, Michael could’ve been out in the world with the rest of us. Many people thought he was weird and he was because weird is rad and he knew that long before the rest of us thought so. He was eccentric for sure but it was the public who labeled his innovative nature and cutting edge tendencies as wrong. If he was a freak it’s because we turned him into one. How could someone act naturally when no one ever does that around them? If anyone is a freak it’s us, the non-famous ones who raise people up, cause them to be isolated and then viciously tear them down. Too many greats, gone too soon. Elvis, Johnny Cash, Michael, we should be ashamed. Eventually, he showed his face again in an interview with Oprah in the early ‘90’s, a face that was new for a lot of people. This interview was post vitiligo, a skin disease Jackson had that causes loss of pigment. Though he had become a paler version of the entertainer loved by millions, his demeanor remained untarnished. Sweet, soft spoken Michael was still there. He may have had white skin, a different nose and an altered chin (procedures he addressed in his autobiography; Moonwalk) but the best of him remained, his heart was in prime condition. Michael was many things, one of his most dominant traits, other than being loving and generous to a fault, was his perfectionism. He was a legend in life and in death, yet the King of Pop was never truly pleased. He often cried after performances thinking he could have done better, including ones where he had literally made history. Avoiding mirrors was another thing he often did. How ironic, to have a face and a physique that people would pay a fortune to have but the one who got it for free is displeased with the man in mirror. Insecurity is no respecter of persons.

He was a myth and a legend but he was also a man. His humanity was so endearing. In between Thriller and Billie Jean, he made prank phone calls to Russell Crowe and hung out with Bubbles the chimp. He was an artist who let his work speak for itself, music today is not like that. Too many performers rely on something other than talent to sell records, Michael didn’t have to. He was never boastful of himself because everyone else did it for him, just like it says in Proverbs 27:2. He invented the moonwalk and went from doing it onstage to doing it on his diving board before being pushed off by his famous friend. The only thing grander than his talent was his heart and it breaks mine knowing he is not around anymore.