Beauty is subjective, the statement in itself is beautiful. The present culture seems to be fueling the fire that there are all different flames of gorgeous. Think about it, even people that would not have attractive-superficially speaking-in the first three adjectives used to describe them, have beautiful features. I doubt that beauty in the physical sense would be how people other than my family choose to describe me. I could be wrong, I don’t know, who really knows what people say about them when they’re not around? If I’m not wrong that’s okay too, I only wrote that to say how appreciative I am that the world appears to gaining more depth in terms of what is considered attractive, about women in particular. Personally, I have grand ideas to keep that view in motion but that story is for another post.

Health is far more important than aesthetics. There was a time when smoking was the classiest act that could be done. Just because it looks good or tastes good doesn’t automatically mean it is good. Whatever your beautiful is, whatever kind of handsome you are, for the love of yourself, make sure it’s healthy.

I am a tattooed, female, Christian, writer who has a disability. Some of these aspects I chose, some I would not wish on anyone, all of these pieces of me are not necessarily commonplace. I am familiar with being unpopular. Both who I am and what I do (not the same) have taught me to have thick skin. Layers of armor that I will need because now I am after yet another uncommon goal. I want to be the fittest. I’ll stop there because a multitude of words could finish the previous sentence and my serious training in fitness has only just begun. I do however, know for certain that I want to be the fittest woman on earth who has Cerebral Palsy. Getting there starts with now and in the now, it is about endurance and strength and taking steps towards my ideal physique. As I said, beauty is subjective, not all of us aspire to be curvy, not all of us want to be lean and not all of us want to be athletic but some of us do. Not everyone will be the cheerleader you want them to be. I’m not asking for fans or followers, I am doing this for me and if people like it great, come along for the ride. If not, get out of my way. Please. The support is there, love never fails. It’s just that sometimes your cheering section might be a whole lot smaller than expected. It might just be mom and dad telling you that you are beautiful and some of us don’t even have that. Some of us only have God on our side and we are left to assume that thunder is Him clapping for us.

I desire to go from thin, to athletic to muscular, to monstrous. This is not for everyone, especially if you’re a woman. I can see that clearly now, the rain is gone. What’s funny is that I envision my physical goals so vividly, the fact that not every single human loves a hard body on a soft woman did not even cross my mind. I knew of the notion that not every woman wants muscles but I do, so much so that I forgot to think about the bourgeois when it comes to being a woman. I want a hard body so bad I am doing everything I know to do in order to achieve it. Sacrifices daily, new habits have kicked out the old ones, I’m completely sober now and I absolutely love wine. Sleeping hard, eating clean, training no matter what mood I’m in. All in the name of fitness. All because I want to be the fittest. I did not pay attention to the fact that not everyone will love the beast I want to be until someone pointed it out to me. When comments are made in ignorance or arrogance, it’s meaningless. They don’t know, so let it go. You don’t have to accept every invitation to each argument you’re invited to. However, when it’s someone you love or anyone you’re attached to, their opinion matters. It could be a friend or someone you thought was your family. We all have those we love whose words carry weight and when their opinions are not in our favor it can feel like a punch to the gut. My advice when dealing with someone who is close to heart, is know that your cause will have an effect so recognize somebody’s fire before spraying them with the hose because you don’t like the heat. Practice tact, there is always a right way to say the wrong thing. 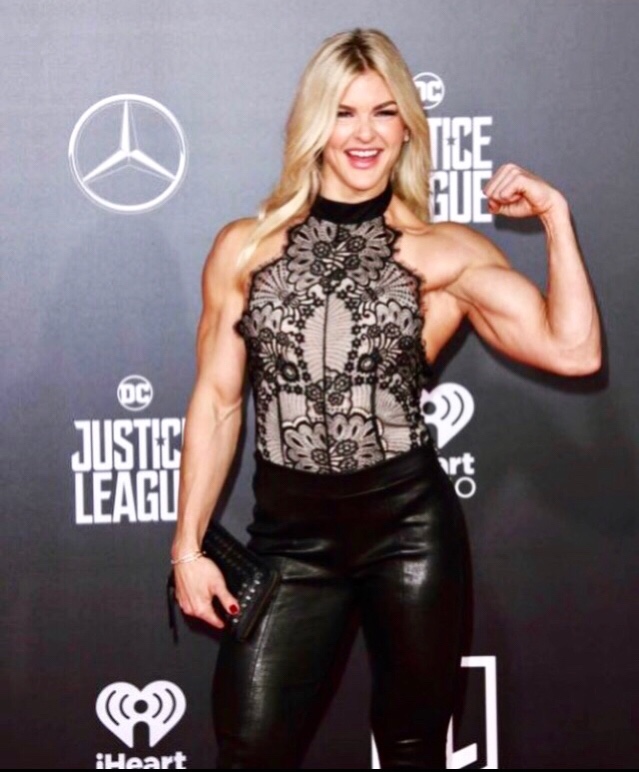 In my case, the differing opinion did not hurt as much as the lack of consideration for my aspirations and my motivation. I want to be a monster, physically speaking. The goal is to be less of a beast on the inside and a more ferocious one on the outside. Those who love me know this, even those who don’t know me are aware of my fitness goals because I talk about my training too much. When someone who knows me and loves me, who also knows exactly what I’m striving to gain, goes straight to ‘nasty’ and then adds insult to injury by leaping to a word as strong as ‘repulsive’ when commenting on a picture of what would be my ideal body (see above; fitness goddess Brooke Ence,) it does not feel good. It made me question things. Where is your friendship? Where is your loyalty? Where is your compassion? To each their own of course but must you be so inconsiderate?

It took me a minute to gather my thoughts on this rude awakening and compile them in an article that would help others who face the fire of opposition and don’t want to get burned. I had to calm down. Truthfully I’m still irked and disappointed but I am also grateful. Grateful because at least I know this now, before looking like Lady Thor. At least I know this while I still look like Lady Thor’s toothpick. Now I will not be surprised when people are surprised and apparently, repulsed by manicures and muscles. 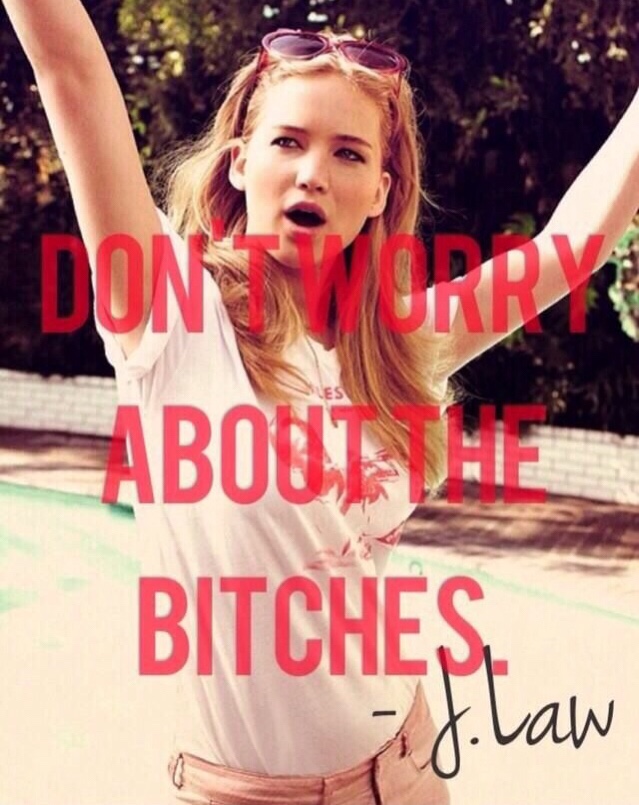 Some women think women should have breasts and not pecks, other women think why not? I’m not working with much on top anyway. Whatever you do, do it out of love and do it because you want to do it. If those are your motivations, it won’t matter if your surround sound is shouts of praise or howls of hatred. Do I feel like I’m doing something wrong because someone told me I am? No. I feel the same about the tribute tattoo I have for my mother, an art piece that she detests and to this day refuses to look at. It was in honor of her but it is on me till death. I wear it proudly and some days solemnly because she hates it and she’s my Mama and who doesn’t want their Mama in their corner? Although situations like this may cut my heart up, they don’t stop it from beating. Would I have loved some excitement or at least support from the person who I have encouraged countless times, even when it was painful for me to do so? Absolutely yes, that’s what authentic love is-you before me-but you cannot change people. You can only change yourself. They are who they are and it’s nice to know the truth.

God grant me the serenity to accept things I cannot change, the courage to change the things I can and the wisdom to know the difference, amen.

In conclusion to being all shook up, it would be lovely, so lovely, if those I love could love what I love as much as they love me but that’s not the case. I could argue, I could place the bait for a debate out of the blue, since it remains unknown to them how vexed I was by their words. I could start a fight but I won’t. Anger only makes things worse, plus it’s the holidays. Instead, I’ve been trying to see Crossfit through their eyes. The commitment, the training and the eating. How do those against my goals view health, wellness and fitness? Quite simply, the path I’m on is not for them, and so, my goals remain. Those who are not going to board the Baby Beast train need to step off the tracks or be run over. I am thankful to the critics for telling me brutally now so that when I do look like a monster in a year or two, I will be prepared when it scares people. If I do see those who prefer not to see me so beastly in the future, I certainly hope they find the body I built to be repulsive. There’s nothing to do now but give the anger and hurt to God in exchange for comfort and peace because I do feel it, I am frustratingly human but also, savagely spiritual. Most importantly, what I feel more than the lack of support and rejection from those I want on my team is the passion and the drive I have for me, myself and I. The fire in me burns brighter than the fire around me. I will excelsior the criticism. Use the negativity as positive fuel. After every WOD I might just inwardly as myself, is this enough muscle? Is this enough strength? Do I repulse you yet? Those who don’t like monsters should not look under the bed.

One thought on “Shook”