What keeps me invigorated and passionate about the days ahead is dreaming. I’m a dreamer. I think it’s in my DNA so I guess one could say I was born this way. I dream so much that I often forget it’s “the doing of the thing,” as Uzo Aduba put it, that matters. A long-time dream of mine, a place of serenity I would drift into whenever I could was Seattle. I’ve wanted to go there for many years. Longer than I’ve wanted to visit Paris. Why Seattle? If I’m being honest, Grey’s Anatomy. The long-running television drama romanticizes that place and I fell for it. I fell in love with writing. In my opinion, Shonda Rhimes, creator of Grey’s Anatomy, Scandal and other prime-time hits really fleshed out those surgeons. She wrote out their backgrounds, motivations, how they bonded with one another, the prominent aspects of human nature. It’s exquisite characterization. I loved it. I still do. The early seasons of Grey’s Anatomy expertly demonstrate what it is to be human. It’s the kind of writing a Word Wizard like myself is continually striving towards. Seattle became a dream of mine because of that show and over a decade later, I got an opportunity to go. This was it. It was time to see the place for myself. I was hesitant and almost opted out because I despise the process of traveling but I forced myself to take advantage because I knew this may be the best opportunity I get to take a trip like this. A dream trip.

It was not as I had dreamed it would be, it wasn’t horrible either. It was lackluster, which some do consider horrible. My trip was to the Pacific Northwest was similar to that of Michael Scott when he is sent to Canada for business.

David Wallace: Sounds like somebody had a good trip.

Michael Scott: The trip sucked, David. It blew chunks. It was terrible. It was a bad trip. 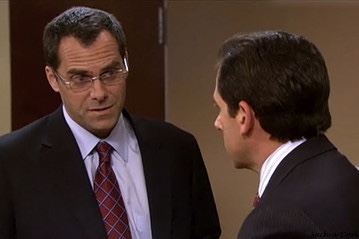 Seattle is a city like any other. Except I have enjoyed other cities more. Throughout my stay, it became more and more clear how much hype I had infused into making it to Seattle and experiencing the places I had been reading about. I had built it up in my mind for fifteen years, how could any place live up to those standards?

The reality of being there made me ponder all my other dreams. Were they no more than misguided goals too? Accomplishments I want to achieve, people I want to meet, places I think I’d love to be. Is it really about doing that? Maybe it’s true what the quote says, “nothing feels as good as the anticipation of it.” Would Paris really be Paris to me or have I already seen enough of it in film and movies and immersing myself in the language? Would it really be palpably incredible if I could have dinner with those I admire most or is what I’ve gleaned from studying their lives more than I could ever get from shaking hands? I don’t know but after Seattle life feels like that as if the actual experience would only be a disappointment.

It never is going to be better than what it looks like in the photographs you saw.-Elan Gale, writer, and foodie

This quote was said on the Ask Iliza Anything podcast where chef Elan was describing Venice, Italy, a desired place for many but a place that will not fulfill the lofty expectations put in place by images of what we think the reality will be. Venice, at least according to that podcast was a crowded, smelly, tourist trap. Quite the contrast to the romance it represents. 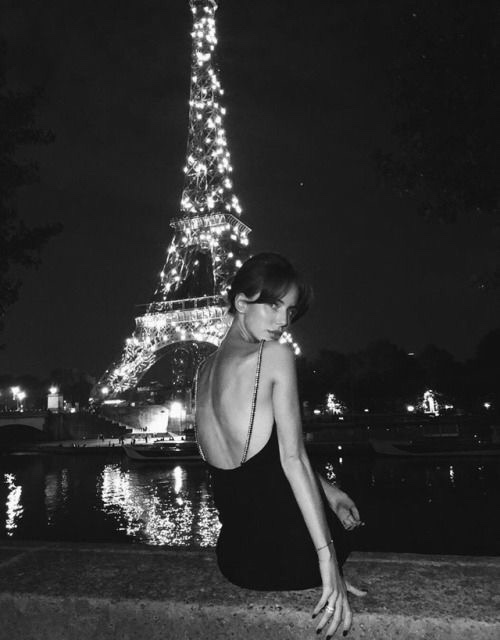 Would Paris be this?

What about the bourgeois fantasies? The marriage with the kids and the house, should I even bother or is the fantasy as good as it gets? I don’t know anymore. I’ve seen phenomenal marriages and toxic ones. I’ve seen attentive parents and ones in the middle of self-destruction. I would hate to see Paris and be disappointed. The Louvre, the cafés, the locks of love. Maybe I don’t need to see it. Maybe I only need to believe in it. Maybe it is better to believe than to see. What would the Parisian reality be? Smoke everywhere? Uneven, poorly lit streets and sketchy rides on the Metro? Are the people rude or is that merely American perception? 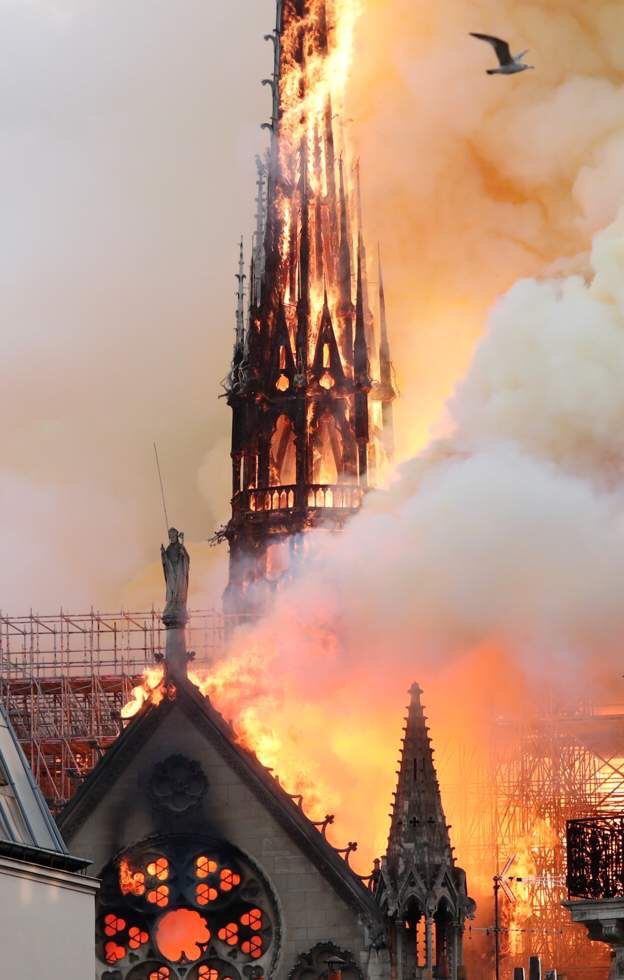 Or would Paris be this?

What I learned from Seattle is that I don’t like the city pace. An aspect that applies to many places. Also, I am not a fan of the train or being in areas with crowds of people. I can handle feeling anxious but as someone with balance issues, these aspects make me feel physically uneasy and if I’m physically nervous it’s difficult for me to be in the moment. What I disliked most about Seattle though was the people. From the perspective of a Midwesterner, they were rude. Not blatantly and not exactly intentionally but rude nonetheless. They were apathetic. They would issue no response, zero. Blank canvases walking the streets. Zombies, like the self-destructing parents mentioned earlier. Seattleites will offer directions if you cross their path but forget about small talk while in transit. The people seemed determined to not acknowledge the existence of others. Chicagoans might flip up a finger and tell you where you can go but at least you’d know where you stand. It’s impossible to react off no reaction. I experienced this apathetic response only in Seattle, not the surrounding areas. I found it very unsettling. I prefer not to be bothered in public but I don’t consider pleasantries, basic human politeness, bothersome. This behavioral phenomenon has been labeled the Seattle Freeze and has disturbed more than myself. Whatever the reason, it shouldn’t happen because humans literally need to be acknowledged.

I also noticed that the city was not upscale and tech-savvy like I presumed it would be with so many revolutionary businesses like Microsoft and Amazon being birthed there. It was not fancy in the least. If anything it was grungy, which makes perfect sense because it’s also where the grunge genre of music began. A wretched sound that I can’t stand. To me it’s drunken whining minus the soul, offering only sorrow. 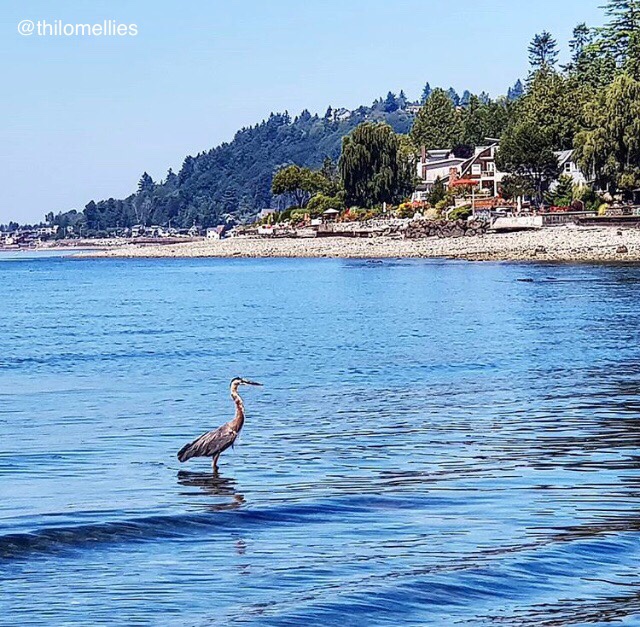 I will say some of the views were incredible. Alki Beach was gorgeous, warmed with bonfires in the sand and ferries traveling across the water with mountains in the background. Soaking in the skyline from a bench in Kerry Park was stunning despite the cloudiness. 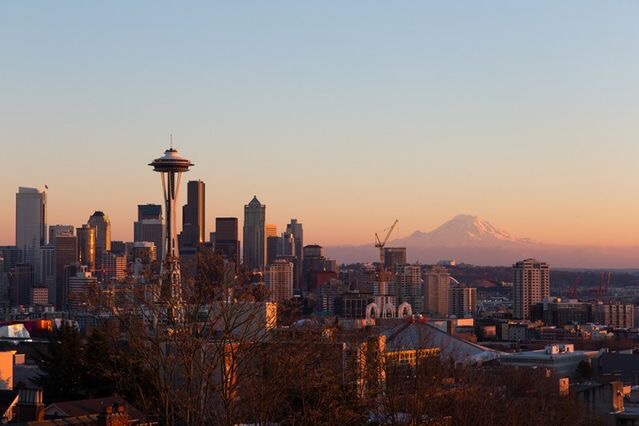 It does earn its name, the Emerald City. Seattle is so very green. Literally and metaphorically. In the lusciousness of the trees and lack of plastic, specifically straws. The straws I used were paper and it turns out I prefer that. There is definite aesthetic beauty in Seattle but it’s a search to find it and it might not be worth digging through the piles of grunge to do so. I’m thankful that I know that now. I dreamt the dream, I did the thing and it was not at all what I thought it would be but I thought what I thought so the outcome is on me.

9 thoughts on “Seattle part I: it doesn’t rain that much”