In a sea of other shows, why watch The Morning Show? Why do another free-trial when there are too many streaming services to choose from? Choose The Morning Show for your next binge night because it is brilliant. Brilliant and brave. The cast is fantastic. The storyline is riveting and the relevance will cause chills.

The Morning Show, directed by Mimi Leder and many others stars Jennifer Aniston, Reese Witherspoon, and Steve Carell. It takes place on a long-running early morning television series where the viewer is taken behind the scenes to see the amount of preparation it takes to get things going. We see the tumultuous lives of network presidents and reporters like Alex Levy and Bradley Jackson who keep the show going and glowing. 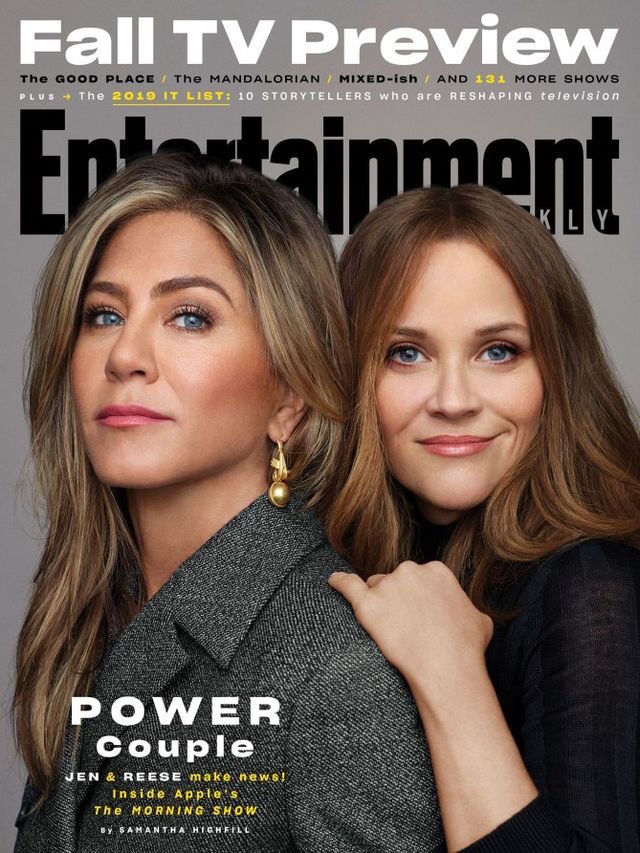 The time period is the present. The post #Metoo era of which we are living in right now. The show features real-life events such as the Vegas shooting and California fires that truly makes this series feel real. We’re also confronted with the truth. The truth that just because a man has been pointed out as a #Metoo predator does not automatically make him guilty. In fact, the worst of them rarely get caught. It also confronts bystander compliance and the processing of trauma. Addressing issues like this as they’re happening in our actual lives is a huge risk for scrutiny but the show does something that is savagely smart, it tells these tales through the eyes and minds of the people involved in them.

Reese Witherspoon’s character is a southern spitfire, unlike her surrounding New York City coworkers. Steve Carell offers no comedic relief in this series, for good reason. He’s either a villain or a victim, you’ll spend the whole season deciding. Jennifer Aniston is the best she has been since Rachel on Friends. Her character, Alex Levy, strong-arms the narrative while simultaneously walking the line between guilty and innocent. It’s a terrific cast and each individual only looks better when they are together.

The Morning shows give us relevance to a painful degree. It gives us brokenness and drama and the unfortunate flaws that are the human heart. It also puts us into what-if scenarios. Myself and the readers of Mindless Peace digesting the sixth post of the year, we have to think; who would we be if there was a Weinstein in our workplace? What about our family? What would we really do about it and what would our motive be?

The Morning Show is one to be binged and likely binged a second time. So much is packed into the hour-long episodes. In 2020 it was nominated for three Golden Globes. Two for best actress and one for best television series. It is a fiery, thought-provoking drama that is impossible to stop thinking about. Have you seen it? What did you think? Let’s discuss in the comments. It’s our world through a screen and it leaves you asking, what would I do?