Would you buy a home for 200k in Sacramento, CA? Would you reconsider such a killer deal if that home previously belonged to a murderer? Some people would, others wouldn’t think twice about passing up a deal like that. This was the case for Tom and Barbara Williams when they were house hunting in California. Originally, that had come to see the house next door but the property that caught their eye, 1426 F Street, was also for sale but it was not listed. The couple’s realtor looked into it and then the infamous history of the house bubbled to the surface.

In the 1980s the duplex was home to Dorothea Puente, an elderly woman who ran a boarding house. She cashed the Social Security checks of the elderly and disabled boarders living in her house. The bodies of those boarders were later found buried in her front yard. She was convicted of three murders but suspected of 9–15. While serving her life sentence she maintained her innocence, insisting those boarders had died of natural causes. Puente died of natural causes in prison at the age of 82. 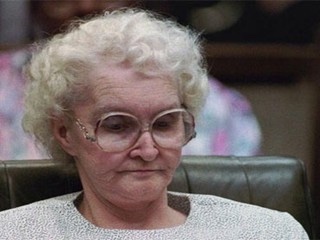 Why wasn’t The Death House torn down? Dahmer’s entire apartment building was demolished. Gacy’s home was flattened. Why was Dorothy’s Death House still standing? The home is on the Historical Register so it cannot be torn down. It was vacant for years until it was purchased in 2010.

“The Williamses said they couldn’t pass up the five-bedroom duplex’s price tag of $215,000 — a bargain basement discount due to the house’s unappealing history. ” For the cheery couple, it was more about location than a yard previously full of bodies. They don’t condone the happenings of the 80s but they certainly appreciated the deal they got. “It was cheap,” Barbara said. The couple did extensive work on the whole interior of the home, to give a once dark place, new life.

Tom, a big believer in the healing power of humor decided to entertain the constant passerby with the truth. Since people insist on photographing they might as well capture reality.

Tom and Barbara’s wit can be found inside the house as well, pictured above is their shower curtain. Barbara is not crazy about that one. 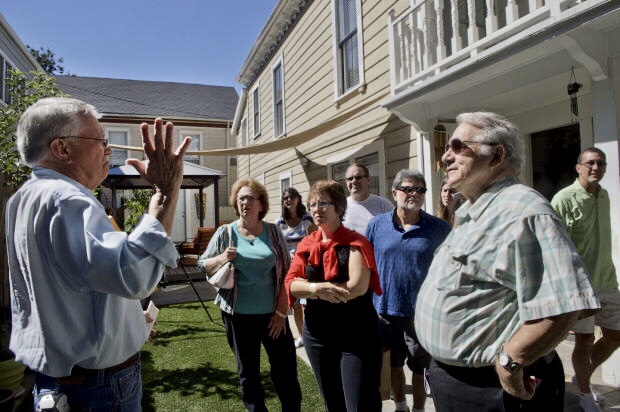 The Williamses even give tours to entertain but most of all, rid the house of the bad stigma. A man involved with Puente’s conviction attended a tour and was relieved to visit the location in a much better light. 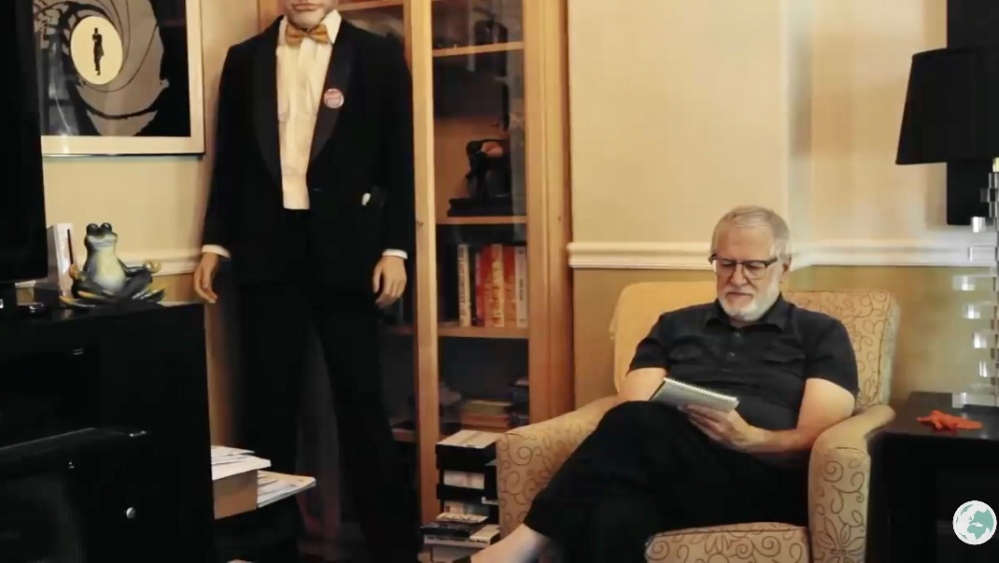 They don’t appear to be the kind of couple that gets off on what is gruesome. They’re well-versed in humor and know a great deal when they see one.

Tom adjusting the mannequin of Puente he put together himself, saying, “oops, boobs are sagging.” Laughter is the cure.

These two are truly an original couple with a lovely outlook on life.

Would you shine a bright light into a previously dark place? Why or why not?